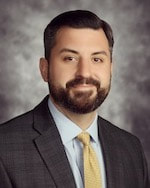 He serves on the Classification and Ratings Committee for the Pennsylvania Compensation Rating Bureau, and as a board member on the Underground Storage Tank Indemnification Fund. In addition, he represents PFMA members on the newly created Pennsylvania Lottery Sales Advisory Council.

Baloga previously served as deputy finance director for Robert P. Casey’s re-election campaign for U.S. Senator, where he directed the fund raising activities in central Pennsylvania. He has extensive contacts from his experience as an associate lobbyist for Greenlee Partners, LLC, a premier government relations firm with offices in Harrisburg, Philadelphia and Pittsburgh.

In addition, he worked in U.S. Senator Bob Casey’s Government office as a regional field manager, serving as the senator’s liaison to government, community and constituent groups in central Pennsylvania; monitoring local issues and developments, and representing Senator Casey at civic meetings and community events.

Baloga earned his bachelor’s degree in History with a specialty in Political Science from West Virginia University. 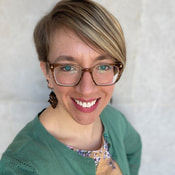 Liz Kemmery joined the PFMA staff in 2020 as Director of Communications. She joins the association after fourteen years in higher education, most recently working as director of creative services at  Shippensburg University.

Previously, she worked as assistant director of publications at La Salle University in Philadelphia and spent several years as a local newspaper reporter in south-central Pennsylvania. Kemmery also has freelanced as a creative writer and editor for small businesses and publications nationwide.

Kemmery attends industry events and store openings, which she includes in the newsletter. She supports the association’s business subsidiaries by producing their print and online marketing materials and serves on the conference and educational planning committees.

A central Pennsylvania native, Kemmery earned a master’s degree in professional and business communication from La Salle University and bachelor’s degrees in communication/journalism and art from Shippensburg University. She is a member of the American Marketing Association and Digital Marketing Institute. 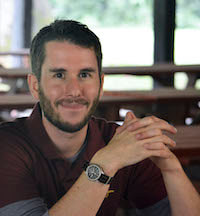 Michael Howells joined PFMA in 2020 as Association Services Manager. He assists PFMA members with questions on legislative and regulatory issues; serves as a liaison to communicate emergency planning issues; manages the association’s committees, and provide government relations coverage in the monthly newsletter and weekly e-newsletter communications. In addition, he assists with the planning and educational programming for the PFMA Annual Conference, Fall Legislative Conference and webinars.

Originally from the United Kingdom, Michael moved to the United States during his school years. He attended Gettysburg College, where he earned a Bachelor’s degree in Political Science, and has remained in Central Pennsylvania ever since. Prior to joining PFMA he was employed for more than a decade at Pennsylvania Legislative Services, a legislative tracking and media organization in Harrisburg, where he covered the state’s legislative and executive branches.

Michael is a published author, holds memberships to various local and statewide organizations, and is a Library of Congress “By the People” project volunteer.

Jennifer Hamelin joined the association in 1992 as a data entry clerk for MEMO. She held several positions in MEMO including Administrative Assistant to Tanya Butler, president of MEMO Financial Services, Inc., before becoming a compliance analyst where she monitored money order clearings and filed Suspicious Activity Reports with the IRS. She left the association in January 2010 to focus on her growing family and returned to PFMA as an Administrative Assistant in 2011.

Jennifer has an excellent customer service background and handles multiple tasks delegated by different associates in the Government Relations department as well as accounting. She handles PFMA membership inquiries and transactions as well as the administration of the Thomas R. and Laura Ridge Scholarship program.

Jennifer is a notary and has been a member of PAN since 2000.